70's sailboat built to sail around the world

Well known in the 1960's for its boat design as modern as it is economicallike the Faramans, the Kaïpans or the Amphitrites, Maurice Amiet is also the author of classic yachts designed for both offshore cruising and racing.

Originally from the Mediterranean coast, his personal itinerary was divided between creation, research on hulls, sea trials and navigation. His passion quickly turned to the round-the-world sailboat. The navigations of some of his creations, including Clé de Sol and Chimère, are told in Bateaux de l’Aventure. This led to his particular interest in hulls with live chines, which according to him were an extraordinary field of experimentation and a good way to fit into the budget of impecunious sailors who wanted to go far.

Our sailboat, Noddi, has therefore benefited from the talent of this atypical architect and still does today, despite his age, a proud look.

It is thus on the basis of a Maurice Amiet plan that Mr. Cuilleret, builder of Noddiis based.

First of all, the male mold of the hull was made of wood thanks to a remarkable carpentry work .The hull was then laminated from the inside out by layering up to 7 layers of fiberglass mat for the most sensitive areas (junction with the keel for example). The various reinforcements could be added after demolding to form a solid base.

After turning the set upside down, the bridge was installed on the same principle using a male mold to follow the different shapes given by the architect. Note that once again, the most sensitive areas such as the junction between the deck and the hull, which also supports the cargo rail, were reinforced with molded exotic woods.

Finally, the interior layout could be realized according to the owner's desires. There is a cabin in the front triangle, separated from the saloon by the toilet and a cupboard. The saloon, rather spacious for a ketch, is of classic configuration with its chart table and its kitchen area. At the back of the cockpit is the aft cabin with two single berths.

The whole thing was still " as it was " when we took possession of the boat but was solid.

October 2019, we are in the process of organizing a thank you meal for the partners who supported us in the preparation of our training sail in Corsica on board a J80. 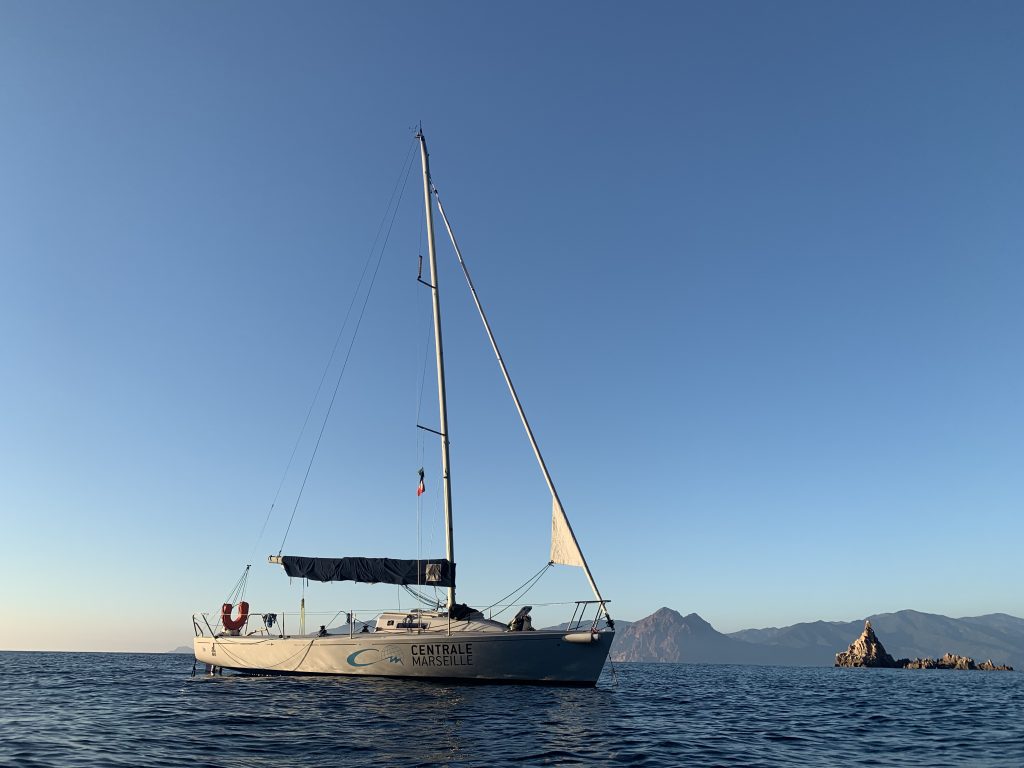 Sailboat " J80 " used for the crossing from Toulon to Sardinia

Émilien then receives a phone call from Françoise Perrin who has been accompanying Jybe since his debut at l’École Centrale de Marseille. She has just learned that a distant uncle wishes to part with his old sailboat but can't because potential buyers shy away from an amateur construction. Françoise makes us understand that we could become the owner at a lower cost. To be sure, I make a phone call, and there, surprise!

After discussing the project of Jybe and Noddi, we agree that if the boat is suitable for us it will be ceded to the association for a symbolic 1€. A quick visit to the Port des Lecques the next day will confirm it, Jybe has a sailboat!

Restore Noddi to its original strengths

There are few frills on board: no shower, very limited electronic equipment, no automatic pilot...

We want to keep the simplicity that characterizes Noddi and drastically reduce the onboard equipment. In order to limit electrical consumption, low-tech will be on board as soon as possible.

As we have often been told:

Despite its very solid structure, its limited on-board equipment and its rudimentary fittings allow Noddi to have a contained weight.

Its important reserve of buoyancy in the front allows to face difficult sea conditions serenely.

We will make some modifications to lower the center of gravity and take better advantage of the space offered by the hollow keel.

Described as an "icebreaker" during a survey, Noddi was built to last and resist the worst sea conditions.

We will not be making any significant changes to its structure and have simply examined the structural parts in detail. 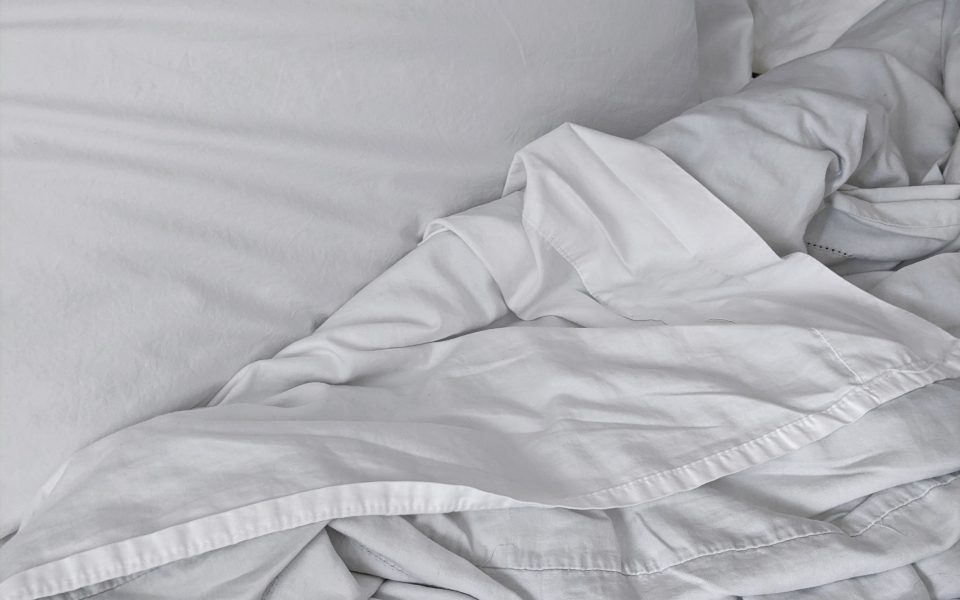 The refurbishment of all the mattresses was an important topic during the ... 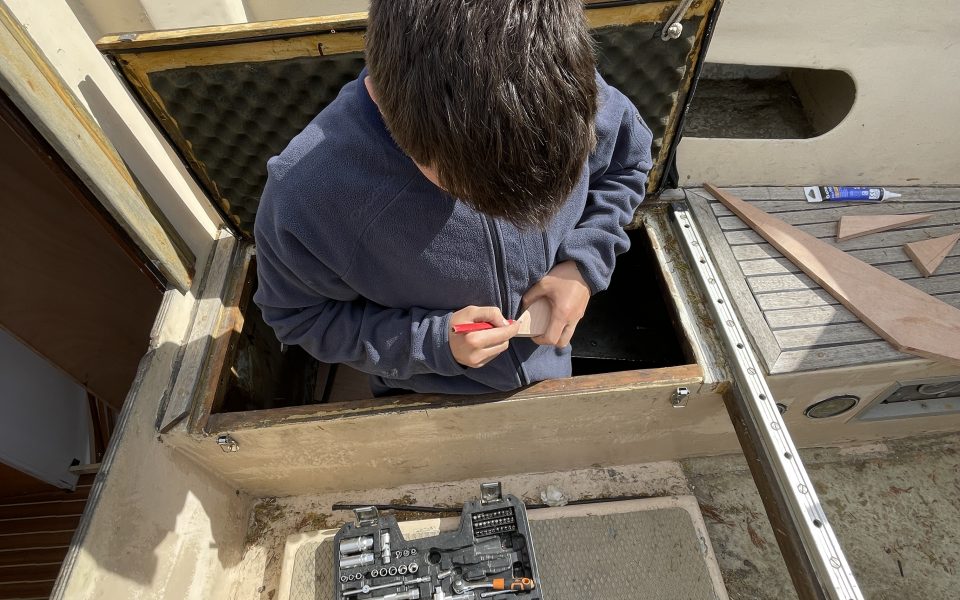 The coffers of the cockpit of the Noddi were in very bad condition. The doors were rotting... 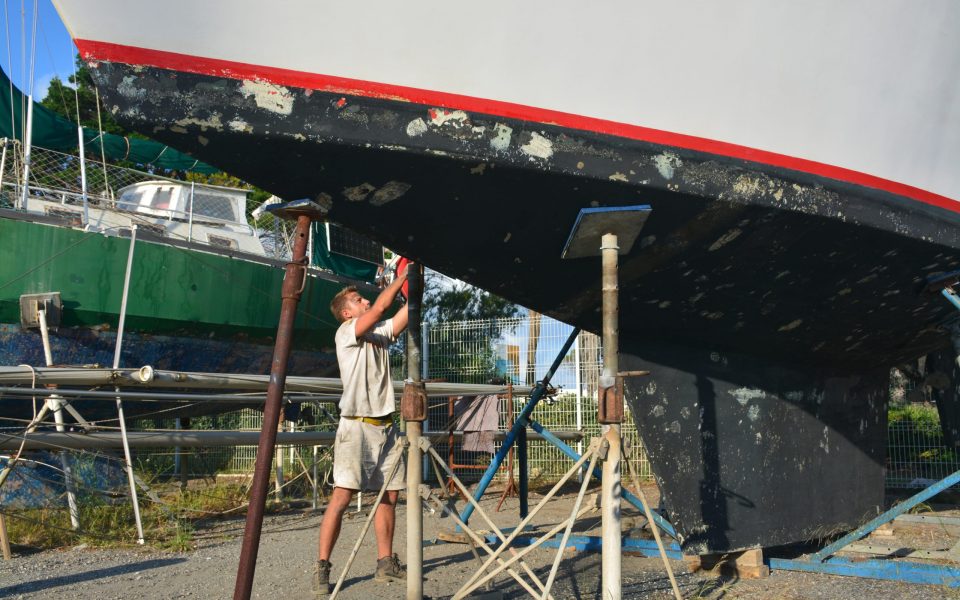 A quick look at the through-hulls shows us that they need to be replaced. Most of the valves ... 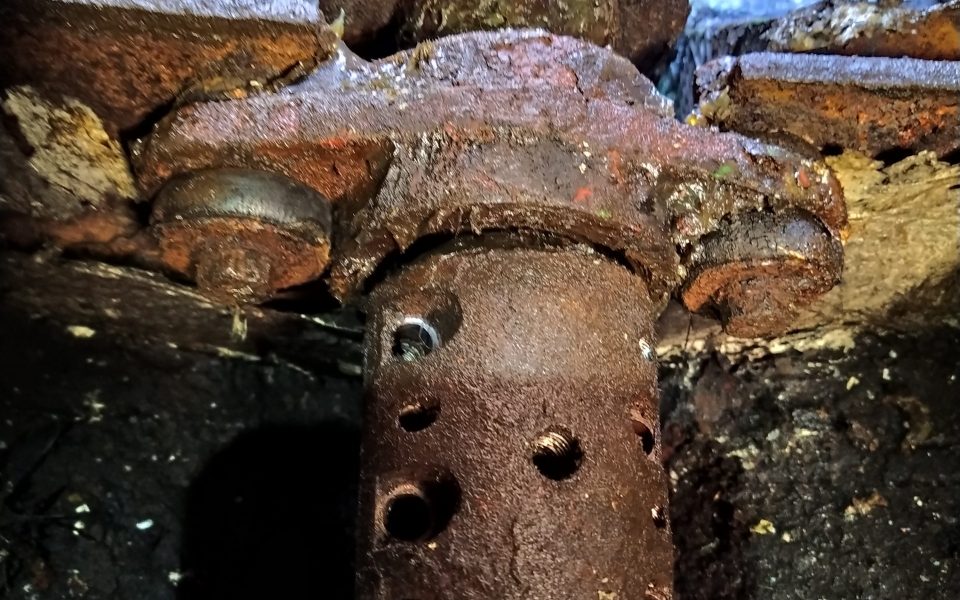 Repair of the motor shaft

Faced with a very high rolling noise on the engine shaft line during operation, ... 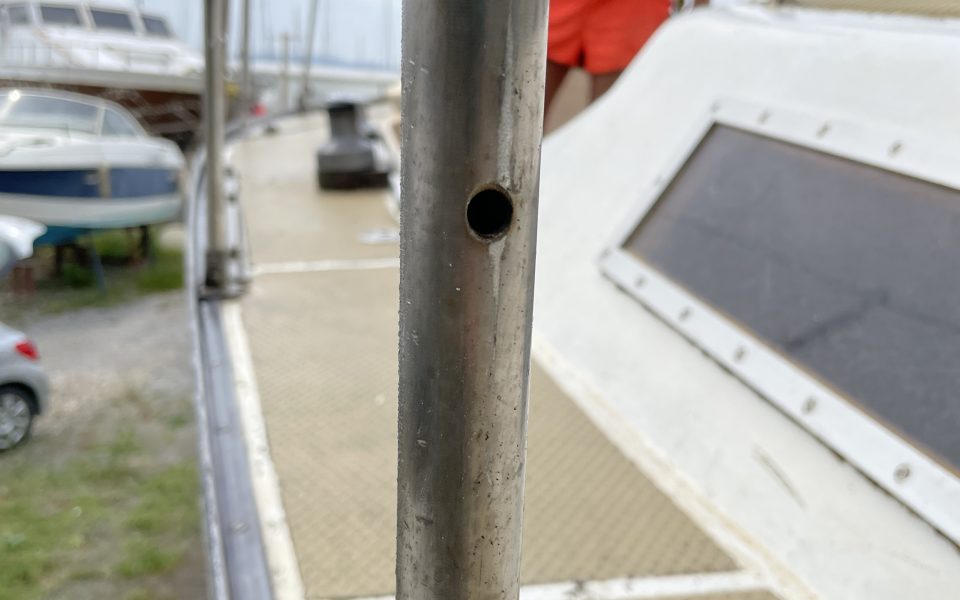 Infiltrations by the stanchions

A few water infiltrations behind the back drawers put us on the alert. The ... 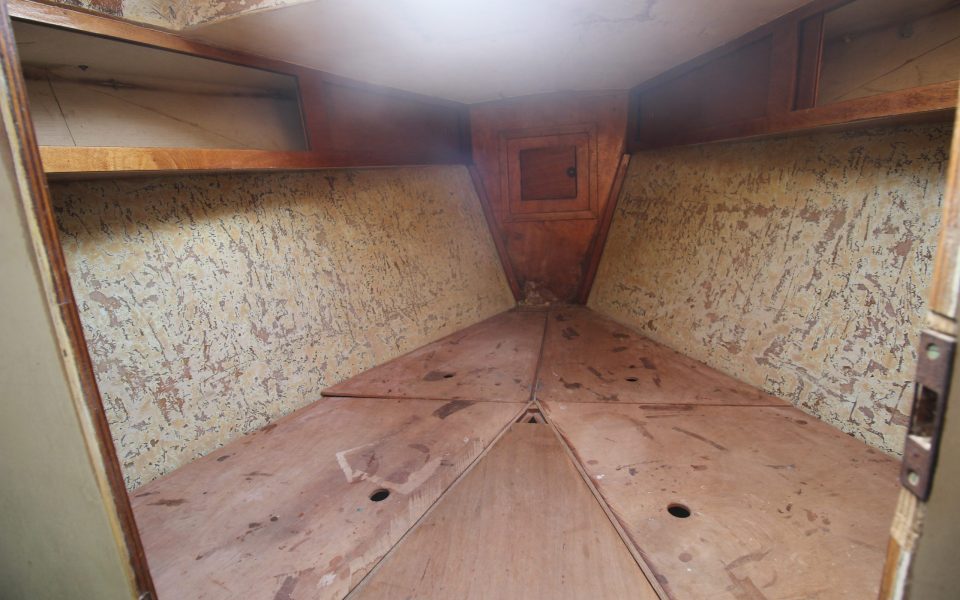 Refreshing of the cabin linings

After the donation of this sailboat, the interior of Noddi was left "as is". Covers ...