From the Marquesas to the Tuamotus 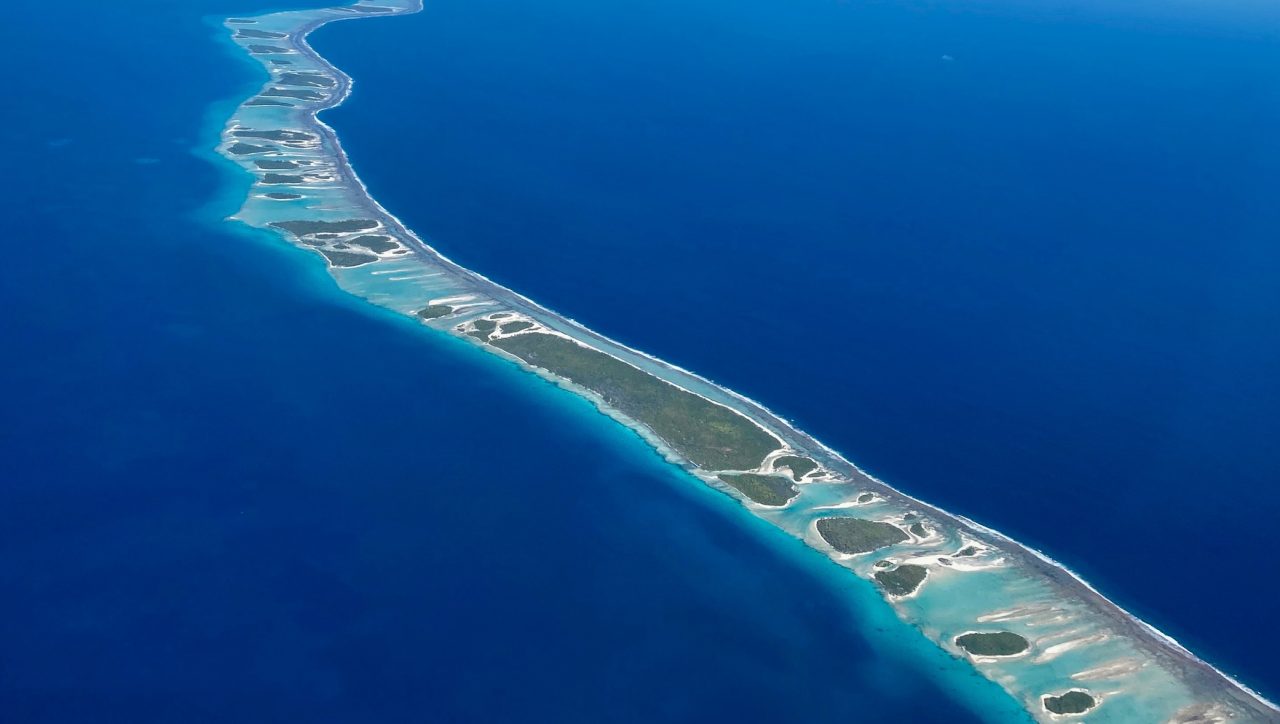 Here we are again on the Pacific. Direction Tuamotu and Rangiroa atoll. This time, let's not leave with three people since Mili, a Serbian woman of about 50 years old, had to go to the same destination as us. Without a boat, we proposed her to embark as a crew member in the Noddi.

The same morning, we say goodbye to the people of the shipyard. We will not come back soon and the feeling is strange: a mix between the desire to leave and the regret to leave a place like this one. What is sure is that we will remember this little corner of paradise for a long time.

We set sail around noon; wind is announced and the weather is great. Mili says goodbye to his last crew and we leave the bay of Atuona. We watch this majestic land moving away from us and the wind picks up once we pass the point. We move forward with the engine during one hour and a half to reach the Bordeaux canal. Funny name for a passage located thousands of kilometers away from the city from which it takes its name! Emilien is very proud of it: a Bordelais on the Bordelais canal!

This passage is located between the island of Hiva Oa and the more southern island of Tahuata. In this strait, the wind gets stronger and stronger, so we hoist the genoa. We are making good progress and the swell disappears: we are like on a conveyor belt! Wind, sun, no swell, an exceptional landscape with the island of Tahuata and its rainbow... a dream!

We are now out of the channel, the swell is picking up and the wind is good, so we set the course towards 240°. In the afternoon, Mili takes the helm and shows us that she will be able to steer: a good news! We will only have to steer 6 hours a day on a rotating basis. We talk with her and discover an extraordinary traveler. This woman has been hitchhiking for several years now! A mine of information and unusual stories that we listen attentively.

Since everything was fine, something had to go wrong: a bottle of turpentine spilled in the trunks under Emilien's bed! The smell is atrocious... It's so strong that I'm nauseous and Emilien will even have a nosebleed during the night! This kind of small inconvenience did not miss us.

The next day, we still have good weather, until the evening. During my turn at the helm, from 8pm to 11pm, the conditions got much worse. A big cloud arrived at our back and the wind suddenly changed. Impossible to hold the 240°, the wind made us change course violently at 150°! I was clutching the helm in the pouring rain in the middle of the night and the port solar panel was hitting the die. Acrobatically, I tried, with difficulty, to hold the helm and fix the panel. The wind was so strong that the boat was surfing on the waves! Amazing when you think that 20 minutes earlier the conditions were mild.

At the end of my watch, Lucas and Emilien lowered the mainsail and the helm eased: a good thing for the rest of the night which was rainy until the next day. Finally the biggest problem with these clouds is that they make the wind turn and that steering in these conditions is difficult. Nevertheless, we manage to do 125mn in the right direction.

The following days are similar and the sun and the wind are with us. They carry us until the night of the fourth day, even though we are only about 50 miles from the finish. We start the engine to move forward to the pass of the atoll.

Rangiroa is the second largest atoll in the world and it has all the features of one. Already, there is no relief, so close that we could see the palm trees when we were only ten miles away from it. Then, to enter the lagoon, we have to go through a pass: the one we have to take is the one of Tiputa. The trick with the passes is that it is also where all the water enters and leaves, so there is a lot of current. To enter, we have to pass at slack water, i.e. when the tide is either at its maximum or at its minimum.

When we arrived at Tiputa, it was time for slack water but something was wrong: the current was so strong that it looked like a river! The water comes out of the lagoon violently, creating rolling waves. For us, it is impossible to navigate with the engine in this mess. Nevertheless, a diver on his boat came to meet us and explained us how to do it. It's gonna be difficult, but it has to be done.

So we put full throttle on the pass. Lucas is at the helm, Emilien reads the current and checks the cartography and I am at the sounder. The closer we get to the center of the channel, the bigger the waves are: some roll and make us surf. With us, dolphins are having fun in the eddies: they don't seem as worried as we are.

After a few stressful minutes, the current weakens and we finally enter the atoll! What an incredible landscape! Nothing to do with the Marquesas Nothing is visible on the horizon but turquoise water surrounds us everywhere! For the first time we sailed in a lagoon.

We continue our little way on this paradise water towards the town of Rangiroa. This is not the usual anchorage, but we want to get away from the luxurious lodges and get closer to the small town. This choice paid off since there was no one at the anchorage. We anchored in 9 meters of water, and, remarkably, we were able to find a good spot, we see where it lands!

In spite of that, we don't like the location because there are coral heads next to the chain and with our experience at Iguana Island in Panama, we know what kind of knots it can make. So we repeat a better spot and I stay in the water to help place the anchor in the maneuver. That's when I see him. He goes to the bottom of the water below me and ignores me completely but I stare at him, from head to flipper: my first shark! I am at the surface when the shark passes nonchalantly under me. It is a small white tip of about 1 meter and I am like a madman: I swam with my first shark!

So everything is perfect. We officially drop anchor at 2:30 pm local time on a white sand bank, surrounded by fish. The local fauna is extraordinary and we are eager to discover the inhabitants of this paradise on earth.